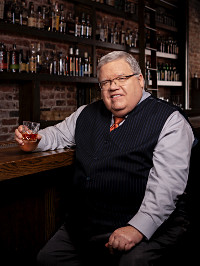 Steve Beal is a very familiar figure to both the consumers who enjoy them and those in the trade who make and spirits. He has earned the respect of everyone he meets with his endless energy and passion for all things distilled and whisky in particular.

He is regarded as one of the top distilled spirits experts in America. For most of his whisky career, Steve was one of the spirits giant Diageo’s original Masters of Whisky and Sr. Master of Whisky for DIAGEO Spirits on the US West Coast at the time of his official retirement in 2015.

2017 – Became Chairing Judge for the International Wine & Spirits Competition, UK, the world’s oldest and largest blind tasting competition where has served as a panel judge for seven years.

2016 – He was honored with Life Membership – Lifetime Achievement Award by US Bartenders Guild at the Spirited Awards at Tales of The Cocktail in New Orleans.

2015 – He was inducted into the Whisky Magazine Hall of Fame together with Al Young of Four Roses Bourbon and Bill Samuels of Makers Mark.

2010 – He was created "Keeper of the Quaich", an honor bestowed only upon the elite of the Scotch Whisky industry. Fifty-two individuals from around the world were welcomed at Blair Castle in the heart of the Scottish Highlands for induction into the Keepers of the Quaich.

2000 – He became a founding judge for the San Francisco World Spirits Competition, a position he continues in to this day.

In addition to his former role as Master of Whisky, Steve is also known as a writer, chef, and broadcast personality. He judges for the American Distilling Institute, the American Craft Spirits Association, and the Ambrosia Spirits Awards in Mumbai.

He currently serves on the management committee of the US Bartenders Guild Master Mixologist program and is one of its founders.

Steve makes his home in the Russian Hill neighborhood of San Francisco. He is a graduate of Oxford University and the University of Arizona. He holds a Master of Divinity Degree from The Church Divinity School of the Pacific, Berkeley, California and is an ordained priest in the Episcopal Church where he also serves in a voluntary capacity as assisting priest at San Francisco’s nearby Grace Cathedral on Nob Hill. He also volunteers his time working with the City’s homeless. 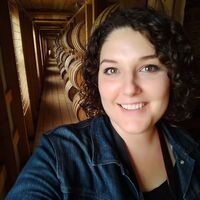 Maggie Kimberl is the Content Editor of American Whiskey Magazine and the Co-Chair of the World Whiskies Awards. She is a freelance spirits journalist focusing on whiskey culture in the United States, though she considers herself to be 'geographically blessed' to live in the epicenter of the bourbon world, Louisville, Kentucky.

When she's not covering the bourbon beat you can find her browsing through vintage vinyl with her kids or tending to her homegrown tomatoes. 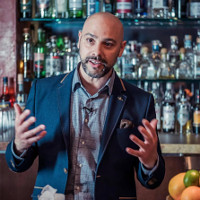 Livio Lauro started his beverage career more than 25 years ago in Southern Italy at the famous Club Valentino, and later at the cocktail-centric Dolce Vita; both located on the beautiful island of Ischia in the heart of the Mediterranean.

The recipient of several prestigious awards in international cocktail competitions, Livio was recognized in 2002 for passing the final Capo Barman AIBES exam, the most prestigious testing series sanctioned by the Italian Bartenders Association.

Livio is widely recognized as one of the most instrumental figures in the resurgence of the United States Bartenders’ Guild (USBG) and is the founding President of the Guild’s Master Accreditation program which is the premier national testing body for bartenders in the United States.

His seminars are routinely featured at major beverage trade shows and are recognized as being both innovative and trendsetting.

Since 2001, Livio has been employed by Southern Glazer’s Wine and Spirits in Las Vegas and works alongside the foremost distillers and beverage importers in the world.

Livio also works with many of the most recognizable hospitality corporations by assisting them in the development of successful and profitable Beverage initiatives.

Livio owns some 400 vintage and modern books on mixology, hospitality, alcoholic beverages, and drinking culture, he’s incessently passionate about his research on these topics.

Livio is also the author of the Liquid Legacybook and the co-author of The Twelve Cocktailsand The Beverage Engineer. 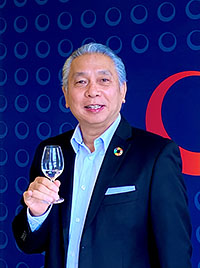 Born in Japan where his family has grown Japanese wine grape, Koshu, for generations, Toshio grew up helping the business from a young age. Following his college education in the US and employment at an international trading company in Tokyo, Toshio joined Chateraise, a pastry and wine company as Director of Sales. There, he was put in charge of overseeing the personal wine collection of the company's president, which intrigued him to enter the world of wine stewardship and research. Toshio joined Mutual Trading Company in 2002, where he is Director of Sake Specialist Department in marketing Japanese foods, Sake, and Shochu to the mainstream American trade. With his passion and expertise in Sake, Shochu, and Wine, Toshio aims to further promote Japanese food and Sake cultures to new, international audiences. Since 2010, he has been Vice President & Executive Instructor at Sake School of America. In 2016 he was awarded the industry’s most prestigious title Sake Samurai from Japan Sake & Shochu Makers Association.

And recently February 2021, he was appointed as The Japanese Cuisine Goodwill Ambassador by Ministry of Agriculture, Forestry and Fisheries. 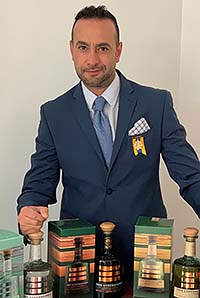 In Victor’s Bar & kitchen, having fun while creating dishes of daring flavors is of paramount importance. He is a chef that cares about the details and uses wildflowers and plants that confer a modern identity to his approach. With a thorough knowledge of tequila, he also proposes an authentic Cocktail Bar menu that is highly appreciated by our visitors.

Víctor has perfected his techniques in the countries of France, Belgium and Argentina, but it is here in Mexico where he has developed his recognized cooking style using regional elements and international accents, emphasizing the marriage with Sauza® tequilas.

He has collaborated with the renown chefs Andoni Aduriz, honored as the Second-best chef worldwide by both the Michelin Guide and the Food & Wine Magazine, and Martin Molteni, winner of the Bocuse d’Or Cup.

As a Sommelier and Mixologist, he has developed a state-of-the-art Cocktail Bar menu, merging fresh elements to reveal the notes of each of our brands, which conquer by their aromas and textures. He also creates unique garnishing and edible side-dishes that enhance the presentation of the spirits and reaffirm his innovative approach. Víctor is an audacious chef and mixologist who re-invents himself constantly and delights our visitors through an expression of flavors that are enjoyed with Sauza®. 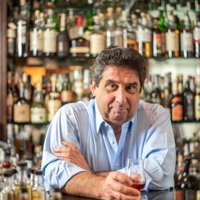 Joseph V. Micallef is a judge and commentator on food, wines, spirits and travel. He is also a historian, best-selling author, keynote speaker and syndicated columnist. As a journalist and former war correspondent he has written on an eclectic mix of topics from wines, spirits and travel, to military history and world affairs. For 30+ years he was the CEO and Senior Producer of a media company.

Joe has also been a judge for a variety of international wines and spirits competitions, including the International Wines and Spirits Competition, World Drinks Awards, American Distilling Institute Craft Spirits Awards, and the Irish Whiskey Awards. Along with judging, he spends his spare time making wine in Oregon.

He holds the Diploma in Wines and Spirits from the Wine and Spirits Education Trust (London). He is also a member of the Advisory Board of the Council of Whiskey Masters. The Advisory Board’s two dozen members are widely considered the leading experts on whisky in the world.

His recent books include, Scotch Whisky: It’s History, Production and Appreciation, World War I: A Concise History (part of a 12 episode made for television documentary), and Islamic State: Its History, Ideology and Challenge. Additional books on Tequila and on Italian Wines are forthcoming.

He has spent more than 20 years judging wines and spirits and lecturing and writing about them, and looks forward to many more. 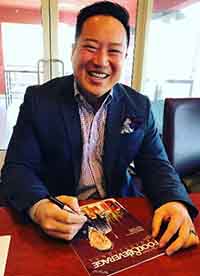 Advanced Sake Professional, WSET Wine, Spirits, and Sake specialist with over 20 years in hospitality, food & beverage. Experienced in all aspects of restaurant service from front line service to management to butler services in luxury hotel resorts.

Aaron has spent the past 12 years in beverage distribution working at Wirtz Beverage and Southern Glazers Wine and Spirits, the two largest beverage companies in Nevada.

With direct influence and knowledge of the Asian product categories, Aaron has built respectable portfolios, sales execution, created restaurant menus, conducted staff trainings of all sizes, and hosted tasting events via Bottles & Boxes LLC in support of the local and hotel restaurant scene, community, and charities.

The 2023 Global Spirit Awards Judges Panel is a group of highly experienced & decorated men & women, with tremendous and diverse spirits and mixology backgrounds.

The panel we have assembled perfectly fits the high level of quality and visibility that we wanted for our inaugural panel.

The judging process, itself, is conducted as a 100% blind tasting process from the early rounds all the way through the sweepstakes rounds.

As each entry is received, it is catalogued in our system and put into its most appropriate sub-category. During the competition, all the spirits in their respective and specific sub-categories are sampled together as flights, carefully evaluated from color to finish, and scored by each one of our spirits judges on that that flight.

Then, scores for each spirit are tallied. The few spirits that have the distinguished honor of being scored the highest will move on to our sweepstakes rounds.

In the early afternoon of September 16, those highest scored spirits will be judged again to crown the Best of the Show categories.

On October 12, a worldwide press release will be sent out announcing all the winners as well as the overall Best of the Show winners. That announcement alone will be viewed by millions of people around the world in the industry as well as consumers in the public.

Each winner will also receive a one of kind medal, and a complete digital media kit including links to press releases, and multiple file format artwork for their use.